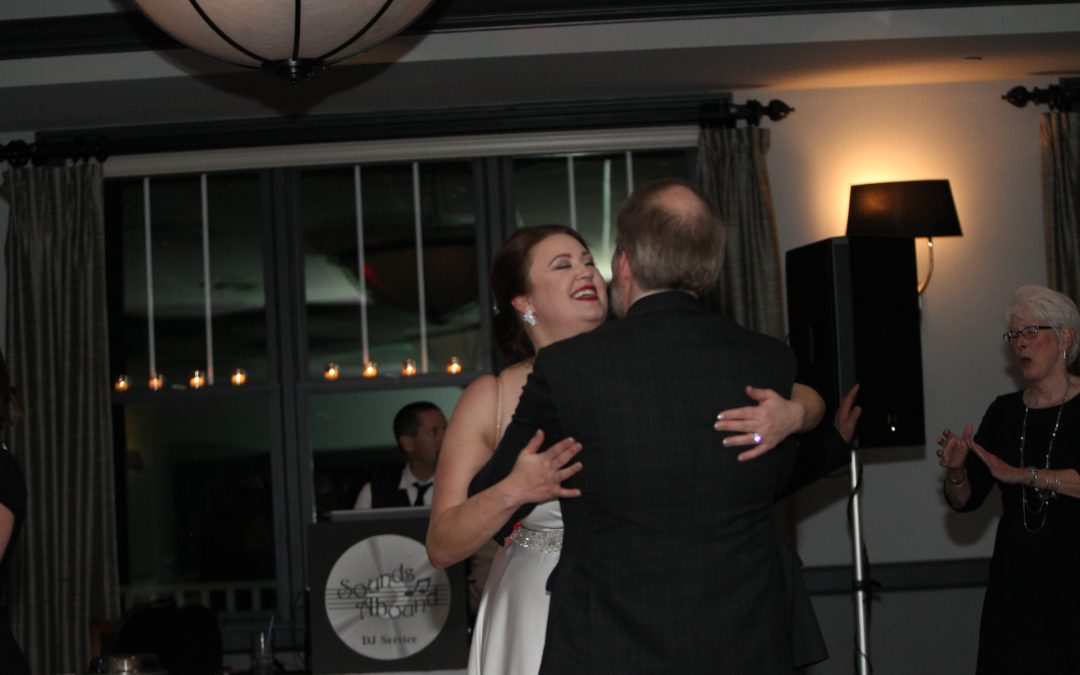 We had Brian Keck as our DJ for our second reception in Chicago. We had gotten married out of state and then had a Chicago party. We were at Cress Creek. Everything was included except the DJ. We picked Sounds Abound because their website included sample videos of their DJs which was very helpful. We chose Brian because he had the vibe we were going for. This was a fancy party with several older relatives. He contacted us a few times before the wedding to understand what we were looking for and he paid attention. I told him the types of music we like and that it was a slightly more sophisticated crowd. At some point I happened to mention that I don’t like country music except Garth Brooks and my husband likes Elvis Presley, but I don’t. Brian wonderfully snuck in some of the best of those songs throughout the night. It was awesome to hear them mixed in and we each felt like we got what we wanted. Brian was there and set up before we arrived. He checked in with us throughout the night. He even checked with us to see if I had taken my husband’s name before he said it. So conscientious. Plenty of people of all ages danced the night away. Absolutely awesome!